Camps will vary year to year, but the following types of camps are common: 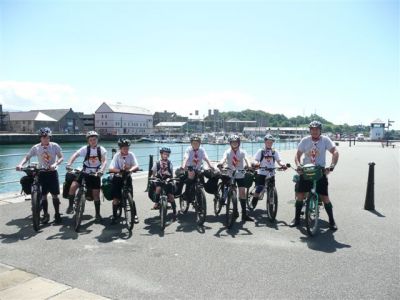 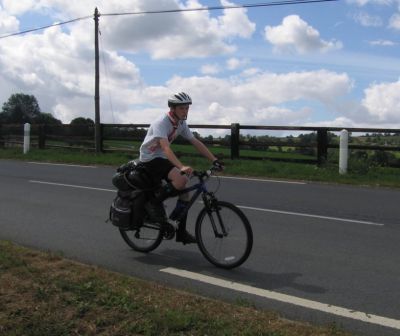 In one of the camps we went from Caen to Belleme (our twined village) in France. Other recent location include The Isle of Man and the Isle of Wight, We have also cycled around North Wales and Anglesey covering around 150 miles. The cycle expedition involves camping in public campsites and travelling between them on our cycles. All kit including the tents and cooking utensils are carried in panniers and on top of the rack on the bike. The cars are left at home for this one! Places of interest are visited on route.

Please click here for details on Cycle Camp Preparation for information on how your bike should be packed on the cycle camp.

Reports and pictures of previous cycle camps can be found below:

The patrols get to camp on their own without leaders (although leaders will keep an eye on what is going on). This is where all the scouting skills come together. 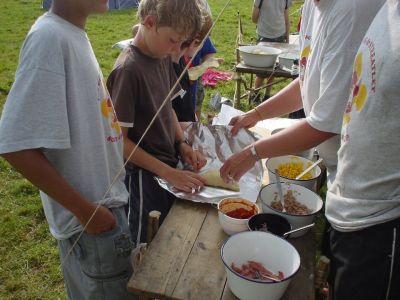 Wolf Cubs, Scouts and Senior Scouts all camp together on this camp. The camp usually has a theme as does the menu. This is usually a long weekend (Friday night to Sunday afternoon). The scouts cook on open fires and usually cater for the rest of the group. We usually have a hike on the camp and of course a camp fire. Depending on the theme of the camp, we may be doing pioneering, fist aid of working towards another badge.

Pictures of the Annual Group Camp 2011 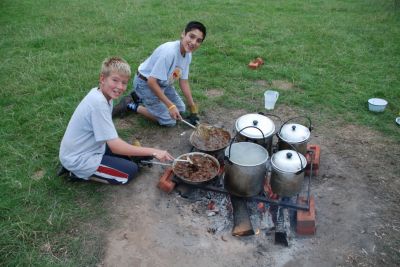 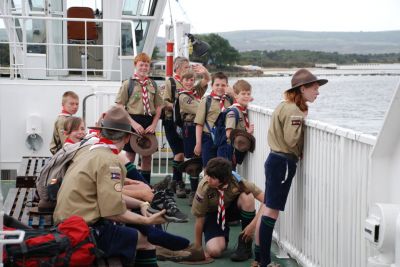 This is a week long camp (usually) in the school summer holidays. This camp is usually not local. Previous locations include Losksters Pool and Brecon.

Scouts Camp in the traditional way on green-field sites (Farmers' fields) sleeping under canvas and cooking on open fires. The word traditional is highly clichéd, but traditional camping is used here to help emphasise some of these points:

We usually have a hike on the camp (usually as part of the 8-mile second class hike), which the scouts will usually plan and plan themselves using 6 figure grid references and work out the bearings, distance to next way point and travel time (using Naismith's law), etc. Afterwhich a log is usually written.

We also visit a few places of interest and on the Friday, spend the day in a nearby town and have a Fish-and-Chip-lunch. The scouts will be given plenty of free time and oportunities to do some shopping etc. Although there is a degree of hard work at certain points, there is emphasis on fun and comradeship and the scouts have been known to be treated with buy ice creams etc.!

Other camp activities include the following (but there are many more!):

In a recent camp, we visited Brownsea Island (where the experimental camp way held) and Corfe Castle. 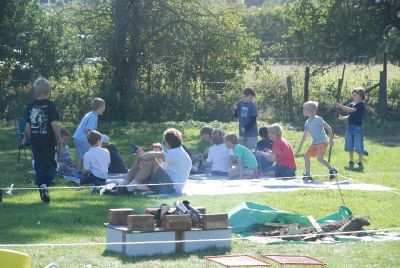 This is a weekend camp whereby the mothers or fathers (depending on the type of camp) get to camp as scouts under the command of a real PL!

Pictures of the Mother and Son/Daughter Camp 2011

Pictures of the Father and Son/Daughter Camp 2010

Pictures of the Mother and Son Camp 2009